It arrived this year a little bit earlier, just a week before Midsummer festivities. Weather was nice, food was meaty, and the company superb. However, all didn’t go as well as it should have.

From the bowels of mud, and hubris it will rise, some day…

This year I prepared to run a World of Darkness, Innocents -game. As a game it is interesting by replacing the protagonist adults with nine to twelve year old children who try to cope in the shadows, peculiarities and horrors of a more sinistern world than our own. The book is well written, and gives helpfull insight how child psyche works. All the nWoD rules required are in the book, and are tailored specifically for this kind of game.

However, our session failed for two reasons. Firstly, it was I who failed my players. I was too tired (had to be at work that day too) to focus, and therefore was not able to keep up the pace of the game, it to be interesting enough. Although it was not complete failure, as there were extremely good and interesting roleplaying going on.

Secondly, there are some players in our troupe that does not have children of their own. It is troublesome for them to try to roleplay a child, when their reference material is neglible in how children behave. For this game it is almost mandatory! But, it is not their fault. I gambled with this one, and lost.

Saturday’s planned first game was a sequel to our last years game Babylon 5, where we continued our efforts for campaigning Santiago to be re-elected as the president of the Earthgov against the xenophobic vice-president Clark. It was d20 goodiness, with so much freeform roleplaying, juiced up with good ideas, that it almost carried on by itself. Actually, for this game we were so spirited up, that we decided to continue it even further than it’s reserved time slot allowed, and ditched our planned third game in favor of it. No zombie survival, this year for my film critic character.

We had fun again with card games Bang! and Bilekuosi. Nothing new there. 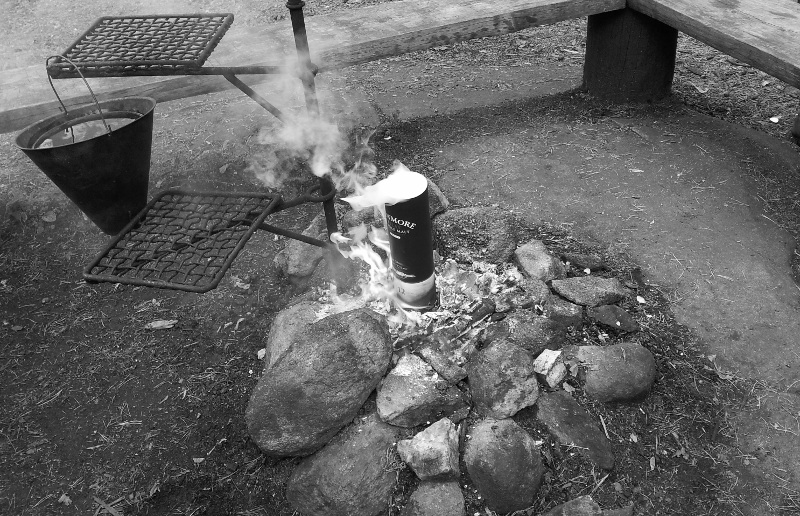 The Black Whiskey Tower is Burning

Hopefully in the next NuuksioCon there will be: