Now that the Happy Holidays is behind and the New Year approaches fast, it is time for Boardgame Frenzines!

For Tokyo city annihiliation and testosterone rushes I recommend King of Tokyo – we did play it five times in a row, and the only reason to stop playing, was the need to go to sleep. It’s versatile, easy on rules, and can be played with your kids!

The another game I have had the priviledge to try out is the very time consuming (one hour to set up, five hours to play through – well, first game to everybody), semi-roleplaying (characters have a backstories), story driven horror game (there are clues to be followed, you dimwits!) of the roaring 20s: Mansions of Madness! Cleverly done game. Combat is unpredictable – your character is not a single attribute pony trick. Who wouldn’t like to play .45 pistols wielding investigator with boobs! Me like, gotta have more of it. 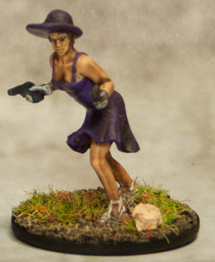 Third game which is still waiting to be played is Qin. Simple on rules, simple with gaming pieces and board, but heavy on strategy! No wonder it is not rated as children game. Cannot wait it to be played.

Althought my bro has the second edition of Talisman, I had to buy the fourth revised Talisman edition into my own collection about month ago. Because, it is fun game! I have even started to paint the new miniature pieces from it! I have all the old second edition miniatures already painted, and stocked somewhere. Perhaps it’s time to show comparisons online, when those new pieces get ready – old vs. new. Oh, and I did promise, not to buy any expansions until all figures have been painted…