The module contains the layout of the entire castle/city in the cardboard backside of the cover of the module. It has a scale of 10 feet per square, translating into four minecraft blocks. The usual scale used in this kind of projects seems to be only 3 blocks per 10 feet (as the avatar is two blocks high making it proper scale). However, minecraft’s thinnest wall element is one block in width, so in house elements of 10 times 10 feet rooms would have only one block size of interior size! Therefore I opted to use the four blocks scale making interior plans easier to follow. This results however in some block intensive structures. 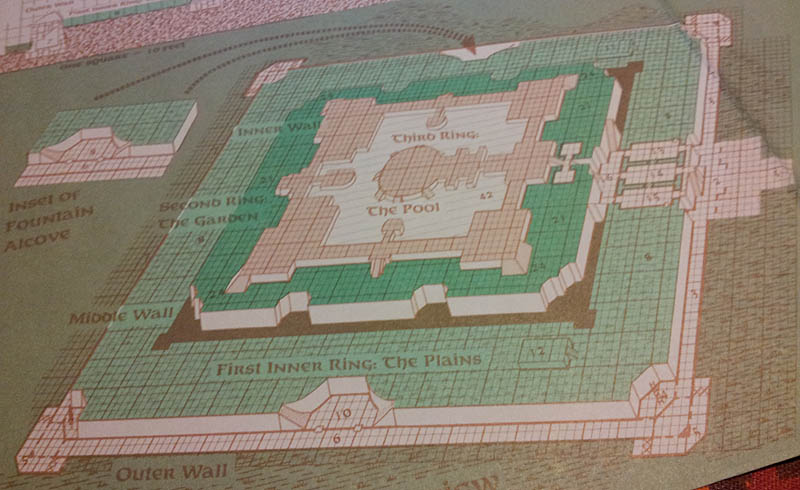 The parts which I have started to build are south-western corner of the outer wall corner, and from there the western wall to north to the midsection of the wall. Just to see the scale in effect. How big it is, oh and its big! 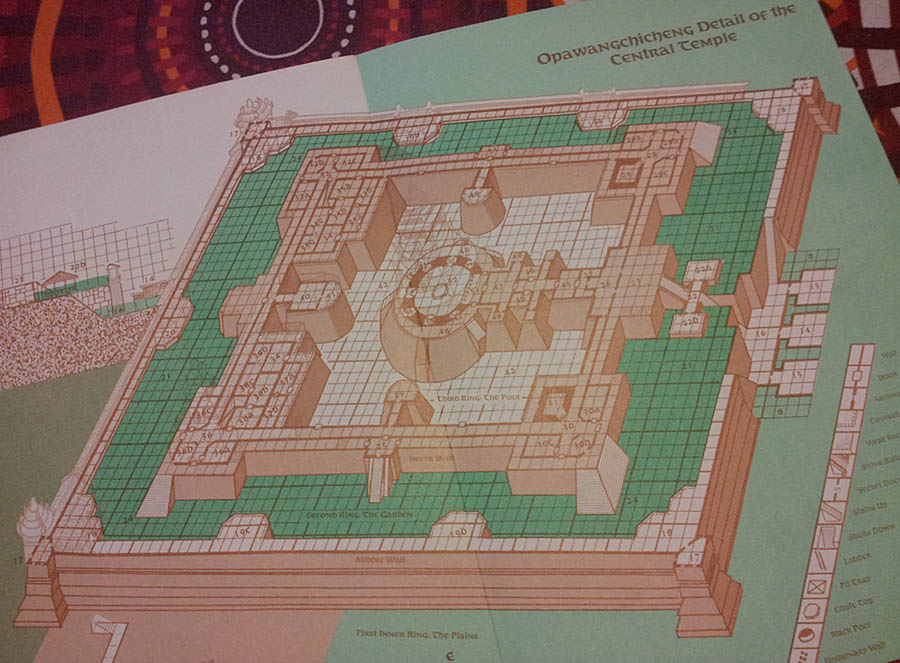 Elevation of the whole structure

Note that the northern-south axel is not from up to down, but left to right in the images.